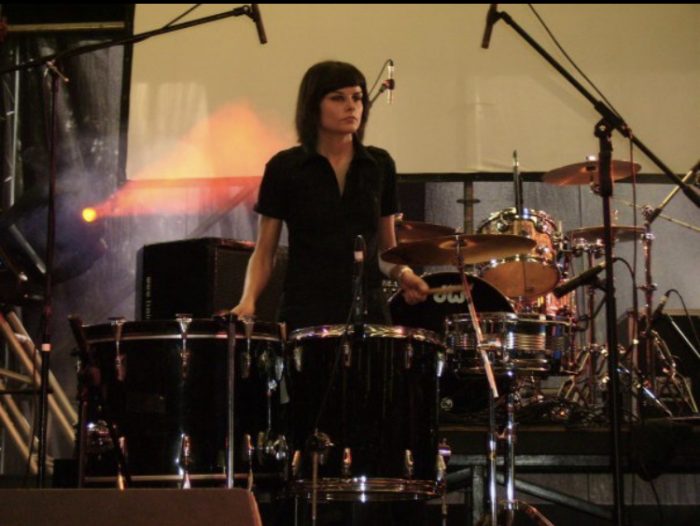 I’am the drummer of this argentine electronic pop band, born in 2000 in Buenos Aires, Entre Ríos has released his albums in Argentina, Spain, the United States and Mexico, achieving more diffusion in Argentina after having adapted in 2005 the song “Hoy No” (Sal – 2003) for an advertising campaign for Quilmes beer, one of the most popular in the country.

Entre Ríos has been the pioneering band of the genre in Latin America, and has inspired other musical groups.

Entre Rios in 2012 and 2013 was producing songs for the SAGA audiovisual installation. During 2013, the group carried out 4 interventions as a representation of the installation concept, in addition to publishing the “SAGA Interventions Catalog”, on a self-titled CD (Ultrapop). This happened in art galleries in Buenos Aires. In the ENTRE RÍOS interventions ER developed a sound & vision performance where the viewer will be able to share the experience in an “installation” environment. Each of the interventions was named after a song and that song was deconstructed live. This was done according to the artistic concept to be developed in the SAGA installation, followed by the group’s repertoire of songs, in each intervention.